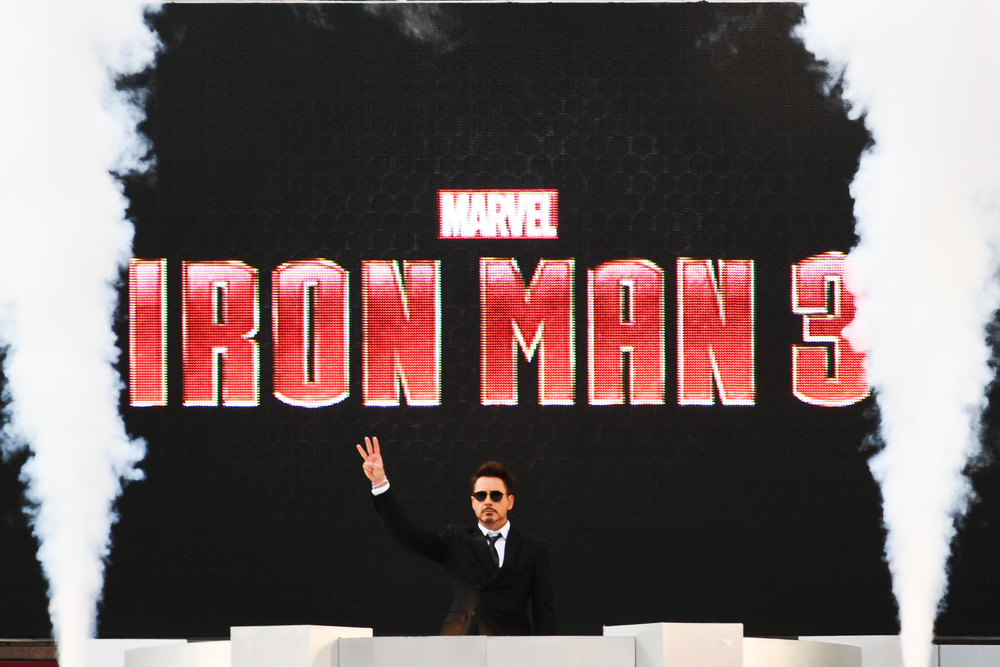 It’s difficult to imagine that an all-American film like Top Gun would bow down to the whims of the Chinese Communist Party. Yet that is exactly what has happened.

The CCP has its hooks deep inside Hollywood, and Chinese leader Xi Jinping has quickly become the man behind the curtain pulling the levers.

The Chinese Communist Party allows just 34 American films to be viewed by its 1.4 billion citizens each year and Hollywood studios are desperate to make the cut. They’re so desperate, in fact, that they often allow the CCP to have editorial control of the films to eliminate change content — no matter how small — that could counter the CCP’s propaganda. Some Hollywood films wait until the CCP makes its demands, while other films self-censor in hopes they’ll gain favor in the eyes of their Chinese counterparts.

Here are 12 films that were altered to please the Chinese Communist Party:

The 1984 classic featured the Soviets (and Cuba) invading Colorado. The 2012 remake was slated to feature China invading. MGM, the filmmakers behind the remake, scrubbed their original film of images of the Chinese military invading the U.S. to make North Korea the invading nation. The changes to the film cost nearly $1 million.

Marvel released a separate version of the film in China which included four additional minutes of footage that featured famous Chinese actors and several brand placements for Chinese products, including Yili, a drink manufacturer, and TLC, a tech company.

The Sony Pictures Entertainment film eliminated a scene in which aliens strike the Great Wall of China to appease the CCP. The film included the destruction of the Washington Monument and New York City.

The remake of the 1984 film replaced karate with kung fu. Karate is Japanese, kung fu is Chinese. The film also takes place in Beijing. In non-U.S. markets, the film was marketed as The Kung Fu Kid.

This Michael Bay film didn’t shy away from its ties to the CCP; it credited Jiaflix Enterprises and official state broadcaster CCTV’s China Movie Channel. The film portrays the U.S. government as bumbling idiots who need the help of robot cars while the Chinese government independently swoops in to save Hong Kong. Hong Kongers can only wish that life imitated art.

Filmmakers changed the name of the film’s location from “New Asia” to “The Colony” to avoid angering Chinese officials.

The film, which is the first of two Tom Cruise movies on the list, altered a scene in Shanghai to remove unflattering images, such as clothing drying on a line. Chinese officials demanded the edits be made before the film could be shown in the country.

The Taiwan and Japan flag patches on Tom Cruise’s bomber jacket from the original movie were replaced in the new movie to appease the CCP.

Spotted in a US megaplex: Poster for the Top Gun sequel, with Tom Cruise’s iconic leather jacket — but missing 2 flags, those of Taiwan & Japan. There are meaningless symbols instead. What could account for Paramount or the filmmakers changing those? Hmmm. https://t.co/aLcDGBji4k pic.twitter.com/0y7iyYKKLf

Hollywood chose to have CNSA, China’s version of NASA, save a stranded American astronaut after the American rocket sent to bring Matt Damon’s character home explodes.

Hollywood agreed to remove two scenes from the James Bond film Skyfall after Chinese officials refused to air the film because it depicted the death of a Shanghai security guard and referenced prostitution in Macau. The filmmakers made the cuts and the film was allowed to air after a two-month delay.

Filmmakers were criticized for selecting Tilda Swinton, a white actress, for the role of the Ancient One. The Ancient One hails from Tibet and should have been played by an Asian actress, according to critics. To avoid accusations of whitewashing, filmmakers clarified that they didn’t cast an Asian actress because they would have to “acknowledge that Tibet is a place and that he’s Tibetan,” adding, “You risk alienating one billion people who think that that’s bulls**t and risk the Chinese government going, ‘Hey, you know one of the biggest film-watching countries in the world? We’re not going to show your movie because you decided to get political.’” (Tibet was an independent state and was invaded by Communist China in 1950.)

To help secure Chinese funding, the filmmakers behind the time travel flick swapped out every image of France with an image of China to show China’s growing influence in the future.