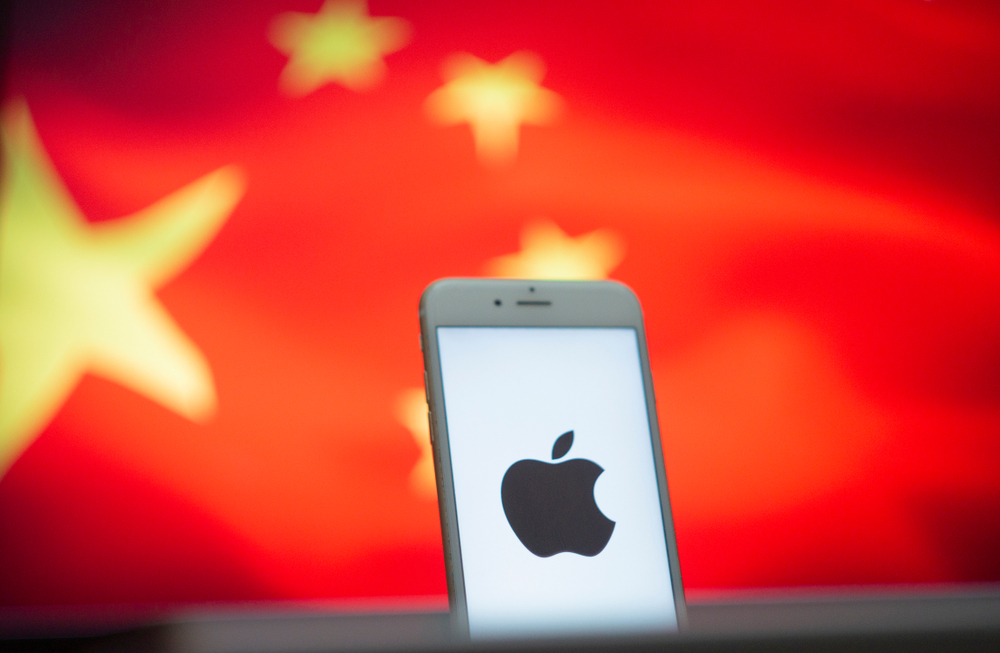 Apple’s iPhone recently became the top-selling phone in all of China. A quarter-trillion-dollar deal with the Chinese Communist Party may be the reason behind Apple’s newfound success with the heavily regulated Chinese market.

The deal, which is valued at an estimated $275 billion, allowed Apple to skirt many of the regulations the Chinese government has in place over five years, according to a report from The Information. Tim Cook, Apple’s chief executive, allegedly signed the deal during a visit in 2016. The iPhone has been thriving in China ever since.

As part of the agreement, Apple vowed to build new retail stores to provide Chinese citizens with jobs, buy Chinese-made parts and supplies, invest in renewable energy projects, and invest in research and development centers to fuel innovation in China. Moreover, Apple also allegedly agreed to work with other Chinese companies and universities to help the nation advance in the technology space.

While the details of the deal have not been confirmed, there is some evidence that Apple has been making good on its promises. In May 2016, Apple made a $1 billion investment in Didi Chuxing, a Chinese competitor to Uber. The company also opened a new retail store in Changsha in September. Apple has built two research and development centers in Beijing and Shenzhen and two more are in the process of being built, according to a report from The Hill.

As for the Chinese government’s end of the deal, Apple was allowed to skirt many regulations that suffocate most U.S. companies. This gave Apple a significant advantage as other American technology companies, such as Linked In, have been forced to stop doing business in China due to untenable regulations and censorship.

The Chinese Communist Party is heavily involved in every business and university within its borders. There’s no way to know if Apple’s state-of-the-art technology is being used to censor dissent, oppress minority groups, spy on reporters, strengthen China’s military, or spread China’s influence throughout the world. Apple already removed a Quran app from China’s version of its app store – a move that was sure to please the Chinese government as it commits genocide against the Uyghur Muslim people.

Many U.S. companies are realizing the CCP isn’t the best business partner and are moving their supply chains out of China. A lot has changed in the five years since Apple signed this deal. Apple may have had second thoughts. But considering Apple was reportedly lobbying against a federal bill targeting forced labor in China, maybe not.